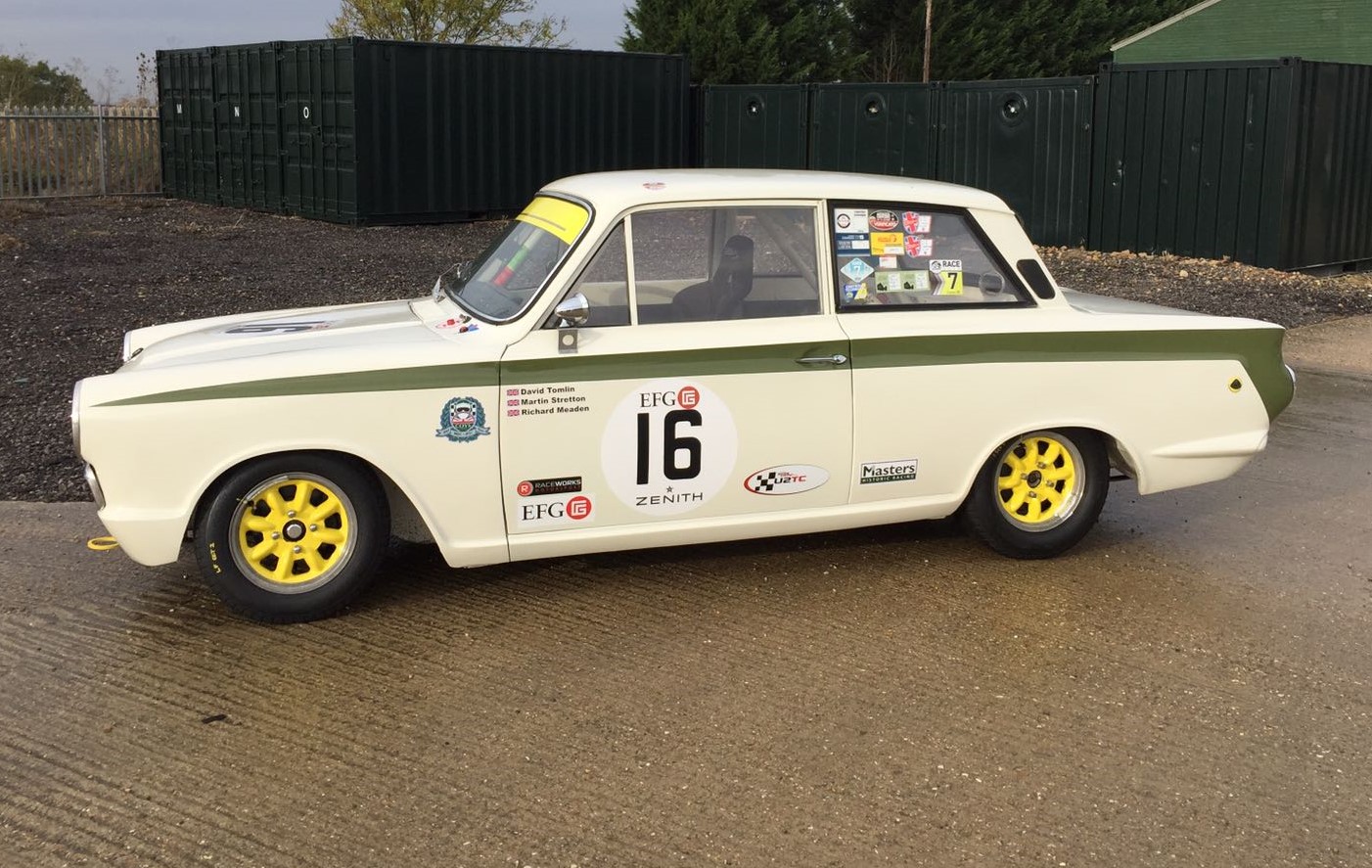 Built into a FIA appendix K compliant racing car by ourselves in 2013 on a genuine Lotus shell, taken back to bare metal. Repaired, strengthened and fitted with new aluminium bonnet, boot and door skins. Painted in the classic Ermine white with Sherwood green stripes.

This Lotus Cortina was built using the best available parts and has been maintained by Raceworks Motorsport since. It has benefited from continuous performance development and has the race results to prove it.

In 2016, as well as boasting a 100% finish rate it achieved an overall win in the BTCC Celebration race at Donington Historic Festival, where it also finished on the podium in the U2TC race. Driven solo by the current owner, it finished 4th in the super competitive Silverstone Classic U2TC race.

This Lotus Cortina is offered for sale in genuine race ready condition with an additional set of magnesium spare wheels.

By continuing to browse the site you are agreeing to our use of cookies.

The shop on this site is in demo mode — no orders shall be fulfilled. Dismiss